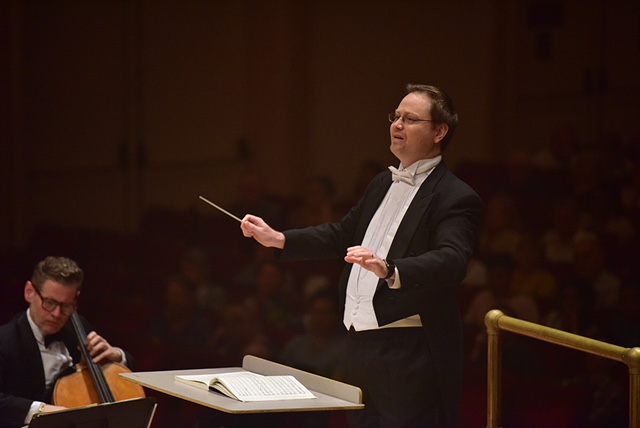 Dr. Klotz has been involved with liturgical music for most of his life. Since 1999, he has served as Music Minister at St. Laurence Catholic Church in Sugar Land, where he enthusiastically directs the choirs for the 9:00 a.m., 12:45 p.m., and 5:00 p.m. Sunday Masses. In 2002, he founded the St. Laurence Chamber Singers, an auditioned choral ensemble dedicated to the performance of sacred music. In 2008, Dr. Klotz was invited to serve as the Principal Conductor for the dedication Mass of the new Co-Cathedral of the Sacred Heart in the Archdiocese of Galveston-Houston where he directed the 150-member festival chorus and orchestra. This past summer, Dr. Klotz formed and led the choir for the Convention Eucharist Mass with Cardinal DiNardo at the National Pastoral Musicians Convention in Houston. At this convention, he presented a lecture on rehearsal techniques for church choir directors.

In addition to his work in the church, Dr. Klotz has previously served as the Artistic Director of the Houston Cecilia Chamber Choir (2013-2016) and the Sugar Land Choral Society (2009-2013). From 2012-2013, he was the Assistant Director of the Houston Symphony Chorus. In this position, he collaborated with Dr. Charles Hausmann in the choral preparation of major works for esteemed conductors such as Hans Graf, Matthew Halls, Hannu Lintu, Franz Anton Krager, and Michael Krajewski.

Dr. Klotz has served as a guest conductor for choral/orchestral concerts in the school community. In 2010, he was invited to conduct the Alief School District Fall Choral Concert, leading nearly 200 high school choral and orchestral students in a performance of Mozart’s Requiem. In 2014, Dr. Klotz served as the guest conductor for Fort Bend ISD’s annual performance of Handel’s Messiah. This concert featured choir members from across the district in collaboration with the Austin High School Orchestra.